“Stay here. Block the door. I will be back shortly,” said Boss and the door closed behind him.

The Mukhadish stared down at the doll, its single button eye caught the light, winking at him…

“Aiieeee! Thank you, Daddy! Thank you, thank you, thank you!” the little girl screamed. The girl clutched Dolly with excitement in her tiny hands.
“Are you big enough to take care of it?” asked the Man.
“I am six and a half. I am a big girl.”
“Yes you are, Honey. Promise me you will take care of it.”
“Oh Daddy, I promise. I promise.”
“ Very well," the man laughed, "Do you have a name?”
“Hmm,” she thought with a finger on her lips, “Oog..Oot..Ookla! Yes, that is it: ‘Ookla!”

The little girl threw her arms around Ookla’s neck. She suddenly stepped back.

“Ookla, I am you Mistress,” she said he her most commanding tone. It did not last. “We are going to have so much fun! Aiieee!”

“Dear. Have you notice how big the Mukhadish is getting?” the Woman asked.
“Hmm?” the Man looked up from his tablet. “I have. Are you concerned?”
“I am afraid Ookla will hurt her…”
“It is very good with her…”
“I know, but I worry, it is getting so huge…”
“It will be fine.”
“Are you sure.”
“I promise,” said the Man. He kissed the Woman on her forehead.

“In the name Ahmilahk! Please, no!” begged man.

All mans scared now. All mans say same things. But not Man with glowing eye.

Come with me now , Ookla.

Ookla put Dolly back in pouch. Ookla wait for Boss. 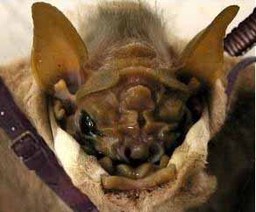