Duke Frost severed his connection with his friend and bodyguard Ookla to maximize his full mental assault on Philip Lawson. During that break, the Queen took Ookla for her own.

Babla was a Ksatriyen Vaylen soldier trying to ascend to fulfill his birthright as one of the Vibhuuten. He sees his assignment to take the body of the Mukhadish Ookla as a step toward his obtaining a human host and fulfilling his destiny as one of the Chosen. 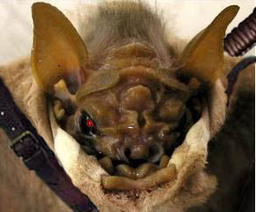